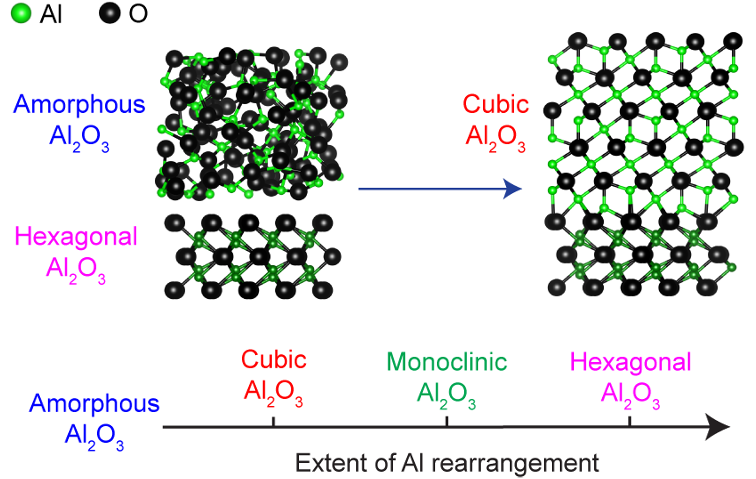 Wisconsin MRSEC researchers have developed a method to synthesize materials with precisely controlled crystal structures, even when the same atoms could arrange themselves into a different structure with nearly the same energy. The methods allow them to make highly perfect films of cubic aluminum oxide (Al2O3) with widespread applications in electronic materials, catalysis, and surface passivation. The cubic crystal structure is hard to make because it is similar in energy to a hexagonal crystal structure of the same atoms that lacks the desirable properties.